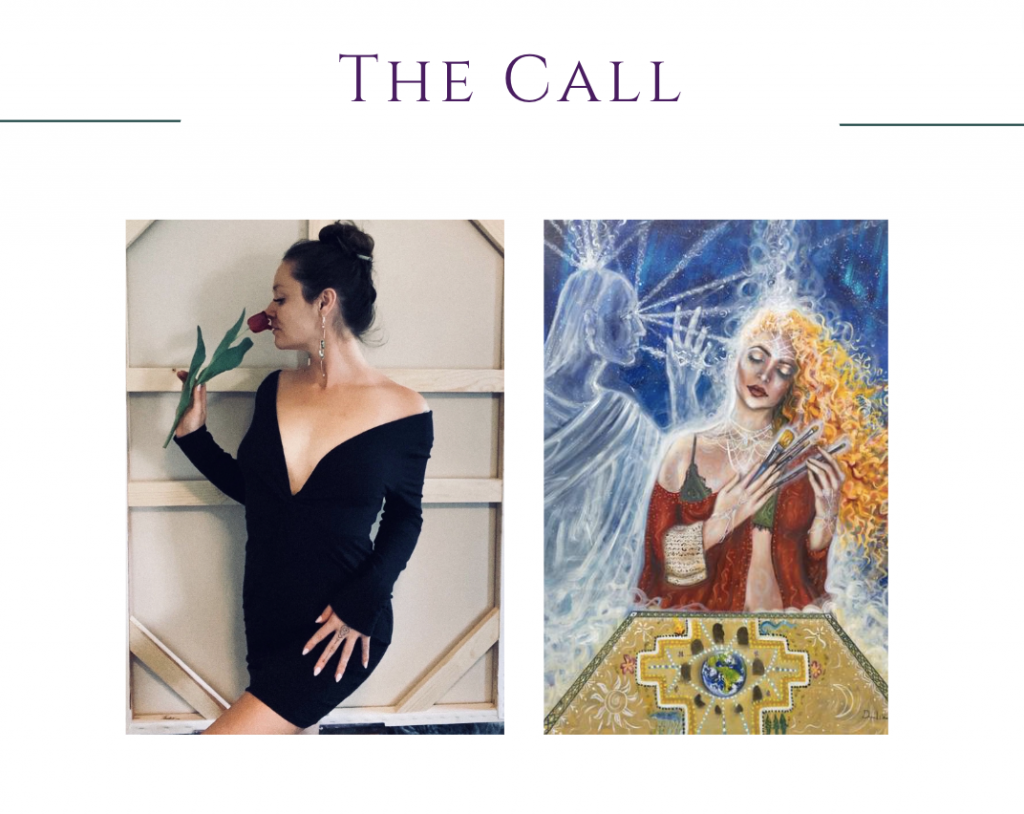 What a journey this piece has been for me to create.
It all started from a dream that I had in January, the dream went like this:
I was in an arena of some kind and there was a luminous glowing figure, I was aware he was a yogi I had once studied known as Babaji- he called me to him, then he performed an activation on my crown, and then everything shifted
I was on a bus, a phone rang and it was for me
A voice that sounded like it was speaking directly from the earth, and also from this guide spoke, and in somewhat of an androgynous, buzzing frequency, he(she) said:
“You and many other once helped to build a grand altar of the earth. Overtime, the grounds around the alter have become muddled by the footprints of humanity. Will you come rake clear the grounds around the alter? This will be your mission, your Satsang, your life’s purpose.”
The voice paused for a moment, then continued:
“Will you accept your call?”
I let these words sink into my heart, and when I was ready to respond I answered ‘yes I accept,’ and the voice concluded with some specific instructions for only me to know.
The dream ended abruptly then, and I woke up in the middle of the night feeling like I had just been struck by lightening…
After pondering this dream I saw it as a painting, a symbol of what it means to answer the call of spirit, specifically for artists and creatives;
I see the woman as an embodiment of creativity, the muse, the creative feminine principle come to life
She is wild and sensual and full of fire
She is glancing down at the grand, ancient alter of the earth, forged by the elements, and ancient stones and symbols
She contemplates how she will use her gifts to be of service to the world
The brushes simply represent the various instruments of the muse, easily substituted for inc and paper or for a musical instrument
The scroll over her arm is her sacred soul’s contract that she had written and signed before her birth
She reaches for her tools, receives the crown blessing from her guide, and prepares to go about her life’s work.
There is so much more I could say, and I will- but for now, here she is.
You can find prints of this painting here
The Original Painting is also for sale, contact me for inquiries 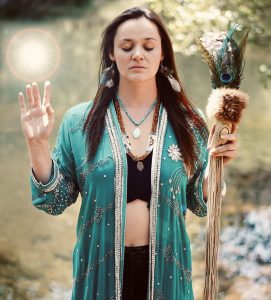 Dana Wilcher is an intuitive Visionary Artist who specializes in paintings encrypted with light code activations, and is a channel for high vibrational beings, concepts, and energies seeking to assist the planet in our collective global ascension.

Her work serves as a reminder of the beauty and depth that we discover within once we turn our gaze inward, heal through the past pains and traumas that have impacted us for generations, and call all parts of our soul back to wholeness. Her work explores the emotional and spiritual aspects of healing and awakening, and speaks to the ability we all have to realize our unique gifts, heal beyond the traumas of the past, and create a new earth together.